FEBRUARY 21, 2018 - Stoli's next litter planned for late April/early May!  See home page for photos.   Email me at alwaysschnauzers@yahoo.com for details!


AUGUST 24, 2017 - Next breeding planned for Spring 2018.  Email me at alwaysschnauzers@yahoo.com for details!


November 16, 2016 - Stoli had her puppies on October 18th - two girls!  Both are fat and sassy and Stoli is a great mom.  Since there were only two pups I plan to repeat the breeding sometime in 2017. 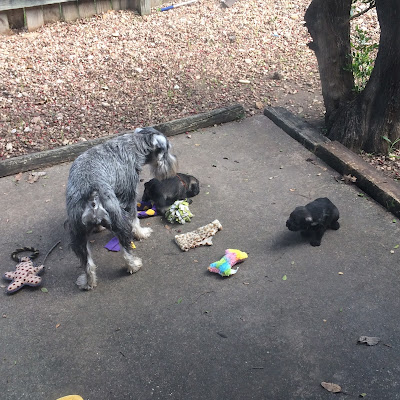 August 23rd, 2016 - Stoli and Stryder have been bred and puppies are due in late October!  See home page for more details!  Also you can follow the litter blog at http://stoliandstryderpuppies2016.blogspot.com/ 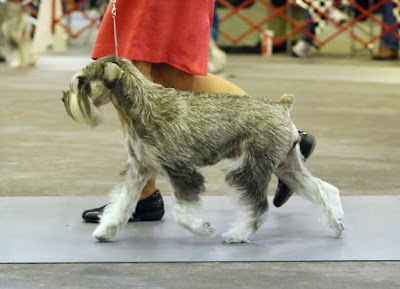 November 6th, 2015 - UPDATE - We had an ultrasound done this week and Bella is definitely pregnant!  Due date around December 5th.   Below is a photo of Bella with Stoli's litter at one week of age.  Follow Bella's puppy blog for updates at Bella and Danny Puppies 2015. 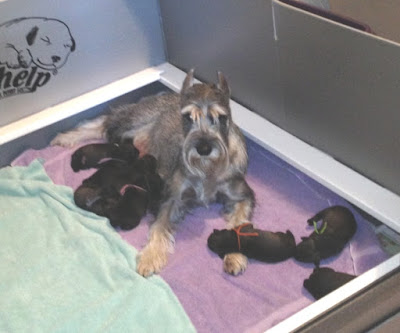 October 8th, 2015 - UPDATE - Bella has been bred and pups should be born early December.  We will have an ultrasound in early November to confirm pregnancy. Fingers and paws crossed there are lots of puppies!  You can see photos and pedigree at the home page.  Follow the puppy blog for puppy news -  Bella and Danny Puppies 2015.

AUGUST 6TH, 2015 - UPDATE - New Puppy Blog has been created for the Bella and Danny litter!  Visit Bella and Danny Puppies 2015.  You can also see photos and a pedigree at the home page.

FEBRUARY 18, 2015 - A change in plans - Still plan the Bella x Danny breeding but not until late summer/early fall!  Watch my website for details!  Contact me at pkoller@austin.rr.com if you are interested in this litter and want to get on my waiting list.

DECEMBER 11, 2014 - Natalie's puppies are all headed to their new homes over the next few weeks.  What a great litter and a wonderful group of homes.  Next, Bella will be bred for a spring 2015 litter to Danny - Ch. Centara Canicula Derondo.  I am very excited about this breeding.  Watch my website for more details, or contact me at pkoller@austin.rr.com.  I will be setting up a blog for the litter soon. 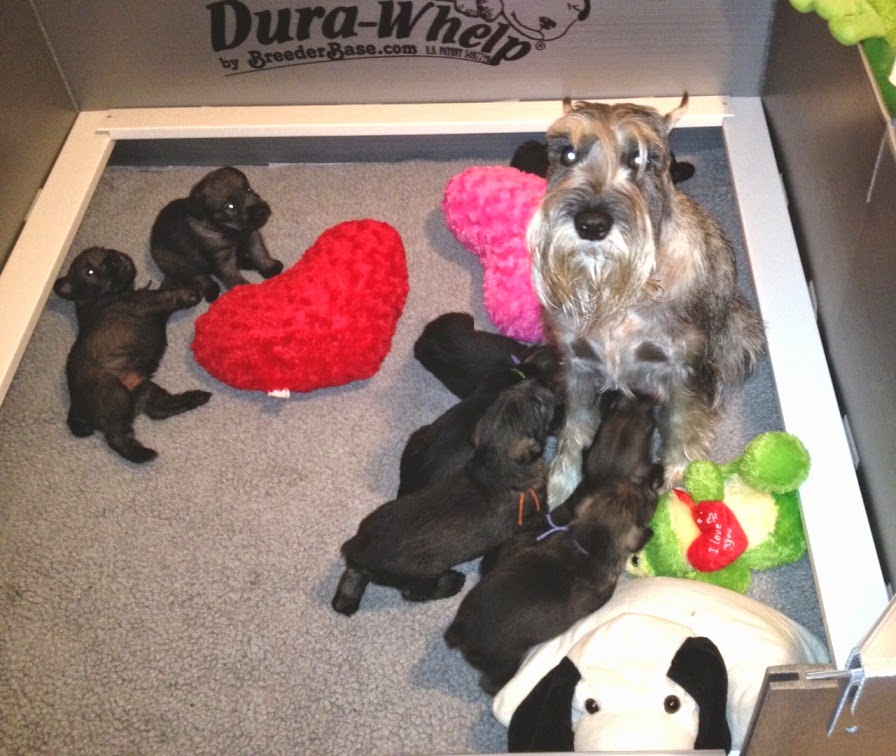 
Natalie update September 23, 2014 - New photos of Natalie chilling out at 5 weeks into her pregnancy. 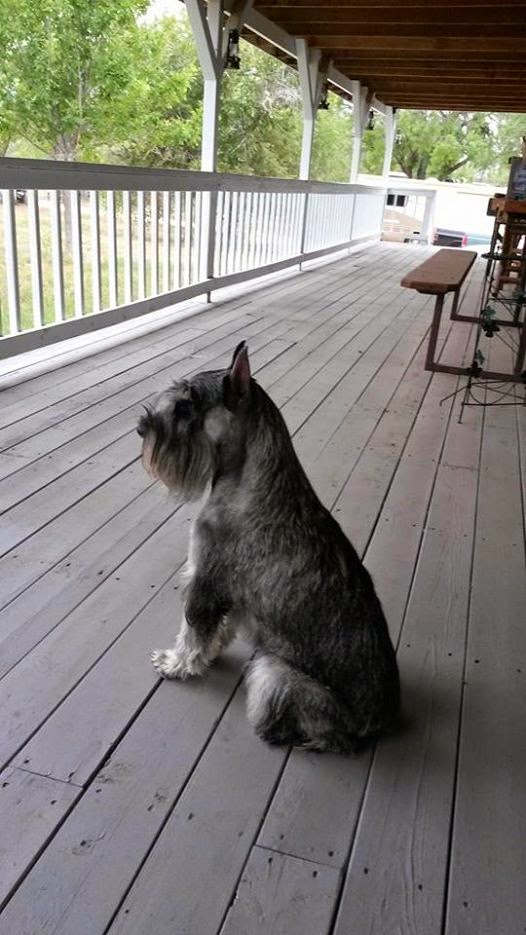 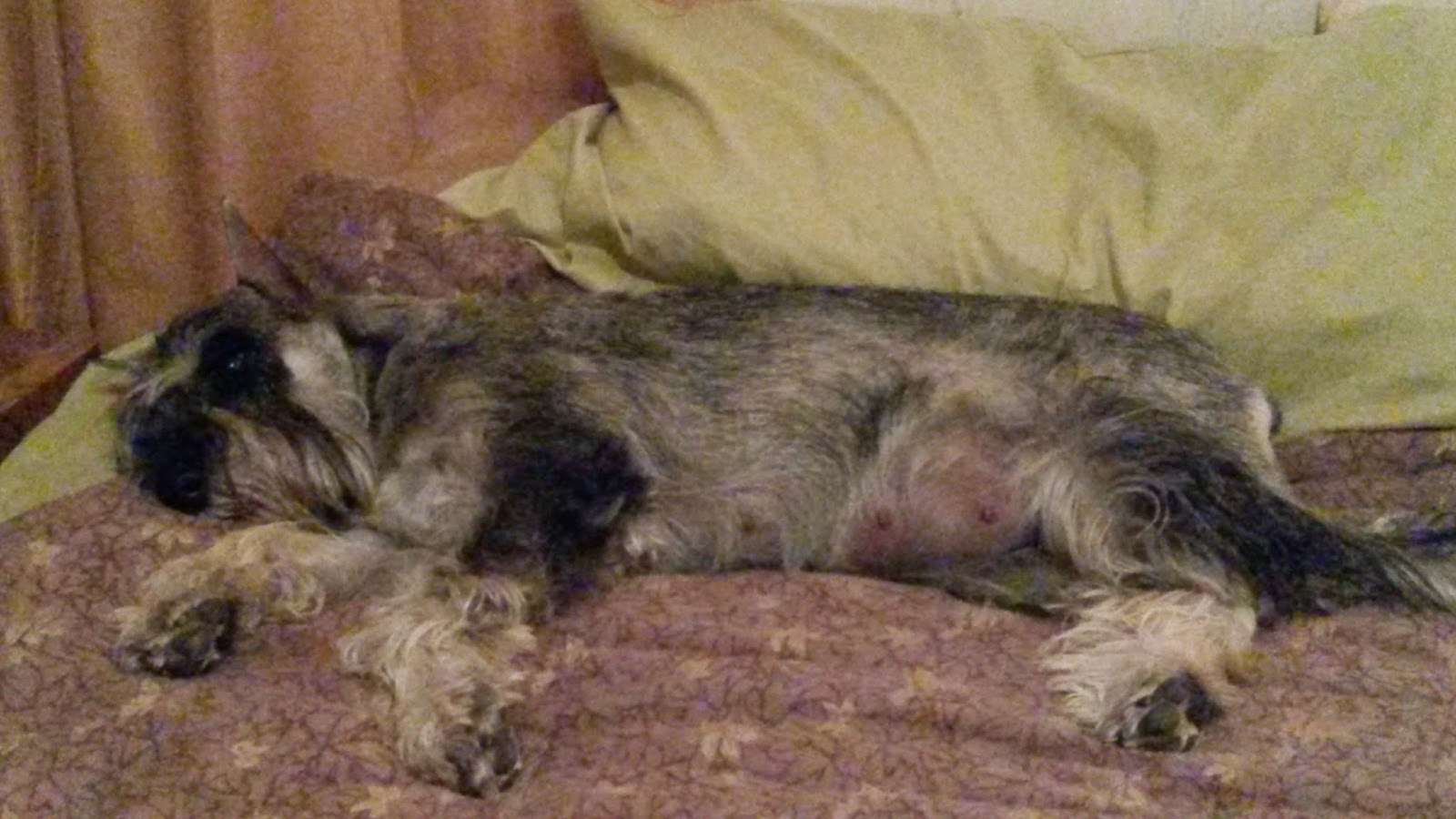 Natalie is enjoying the peace and quiet while she can!  Soon she will have a new family to take care of. 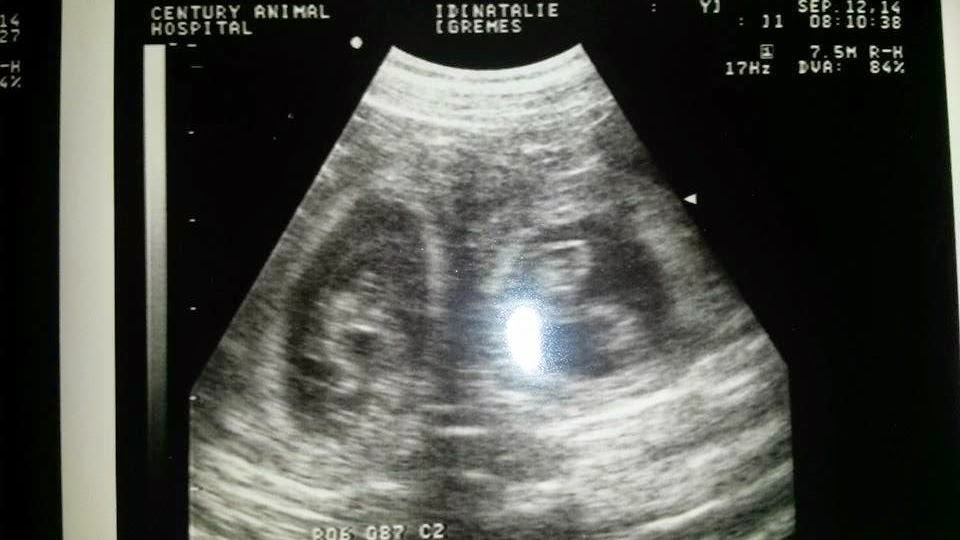 Natalie update August 19, 2014 - Natalie has been bred to Zeck with puppies due in mid October!  We will be doing an ultrasound in mid September to confirm Natalie's pregnancy!


Now the fun begins!  If all goes as hoped, Natalie will have puppies in early October!  Watch this site for news as things develop 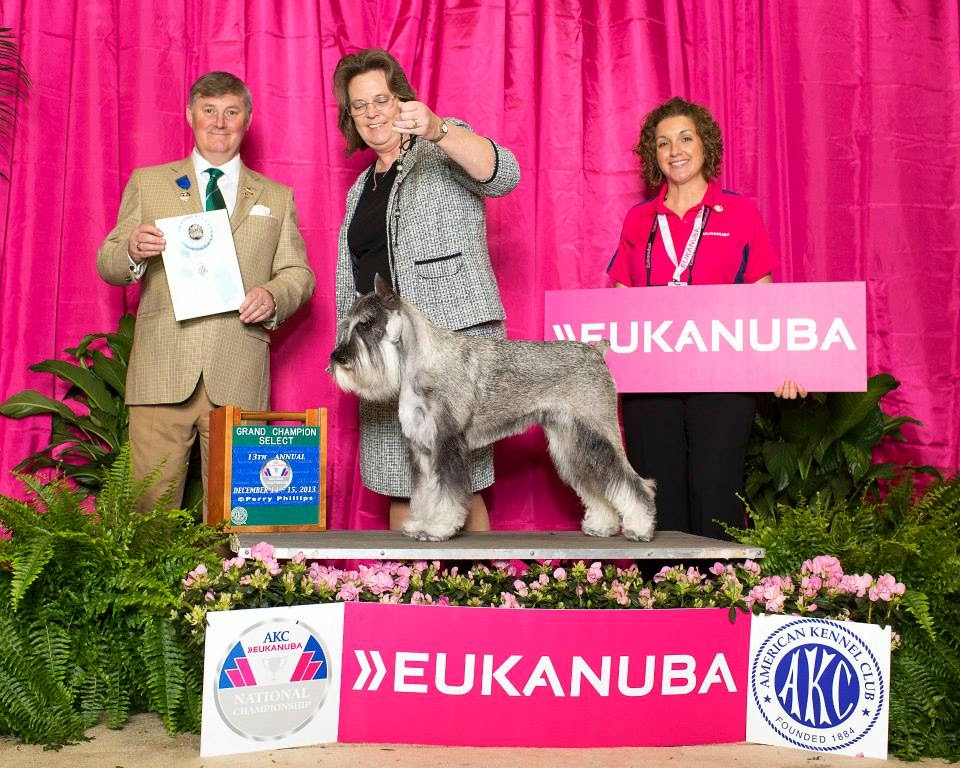 Our next litter is planned for Fall of 2014.   Natalie (Gr Ch Always No Strings Attached RN CGC) will be bred to Zeck (Ch Argenta's Zeck Zentara). 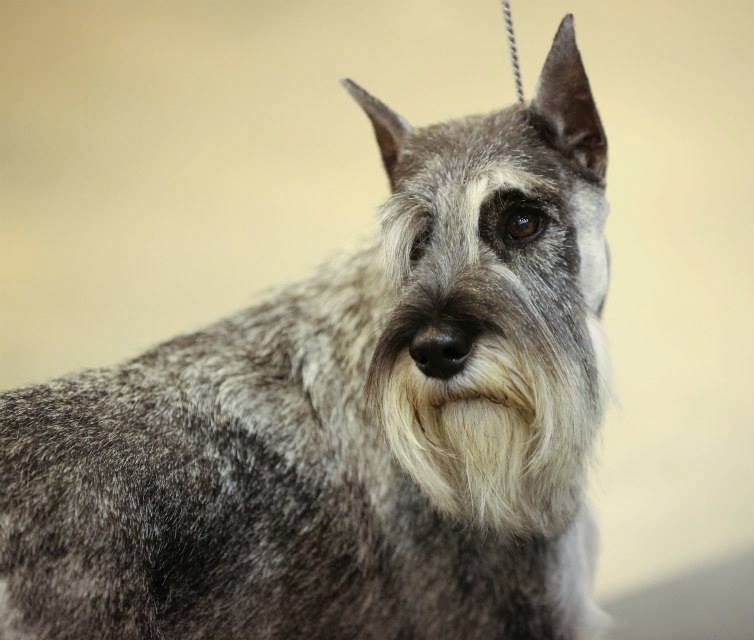 Owner groomed and handled, Natalie finished her Grand Championship in September 2013 in Monroe, LA.  She went on to attain her Rally Novice and CGC titles in October in Austin, TX.  To top off 2013, she was awarded Select Bitch at the prestigious Eukanuba National Championship in Orlando, FL.  Natalie has a gorgeous head, perfect bite, wonderful outgoing temperament, harsh rotating coat, and beautiful fluid movement. 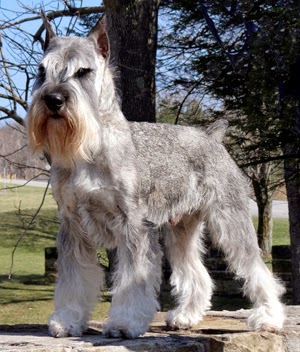 “Zeck” is owned by Linda Dobbie, Centara Standard Schnauzers, and was imported from Kennel Argenta of Sweden to keep a vibrant gene pool at Centara. He has a very impressive pedigree with many famous relatives. His pedigree goes back to several early American champions who have left their mark on the breed by being Hall of Fame producers.  Zeck has sired 16 champions to date with more who are close.

Pat
Kerrville, TX, United States
I am a hobby breeder of Standard Schnauzers and have been involved in the breed for 30 years. Contact information - 512-423-3405 alwaysschnauzers@yahoo.com PLEASE NOTE: INITIAL INQUIRIES ARE PREFERRED BY EMAIL